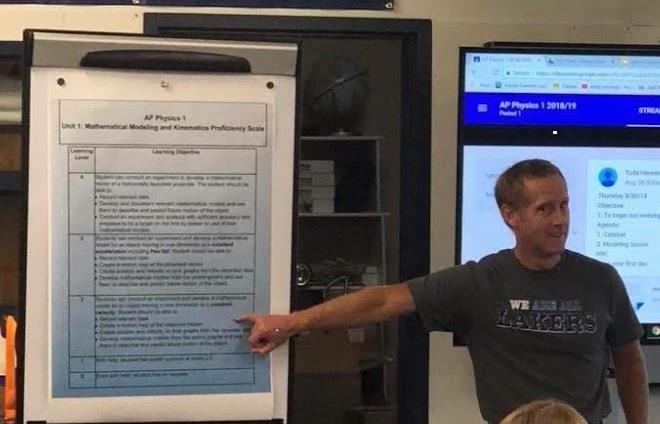 About Mr. Hennings:
Todd Hennings was born and raised in San Jose, California. “Math challenged” and unsure of what to do after graduating high school, Mr. Hennings enrolled in a community college. It was there that he developed a fascination with the physical sciences. The idea that science and math could be used to describe and predict the universe we live in was mind blowing. Newly motivated, he transferred to UC Davis and obtained a B.S. in Atmospheric Science. After college, Mr. Hennings earned his Masters Degree in Atmospheric Science while working and studying at the University of Nevada, Reno / Desert Research Institute. During his time in graduate school, he discovered his love of teaching and sharing his fascination for the natural world. In his spare time, Mr. Hennings enjoys living and spending time with his family in Tahoe.