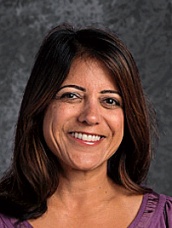 Ms. Basi attended UC Davis where she received a degree in Exercise Physiology, she completed her teaching credential at Sacramento State University and Masters degree at San Jose State University. She has been teaching middle school students since 1999 and still loves it!!! She spent most of her teaching career in Santa Clara, CA where she taught Math, PE and Health and also worked as a CrossFit instructor, Starbucks Barista and held positions at Lockheed Martin and National Semiconductor. Most of her summers in the Bay Area were spent on other continents like Europe, Asia and South America! Ms. Basi moved to Truckee in March 2015 and is very excited to be living in such a beautiful place where she gets to teach AND do all of her favorite activities, which include snowboarding, mountain biking and lifting heavy weights! She tries her best to practice what she preaches in PE, but most of you are already amazing athletes and that makes her job that much more fun!