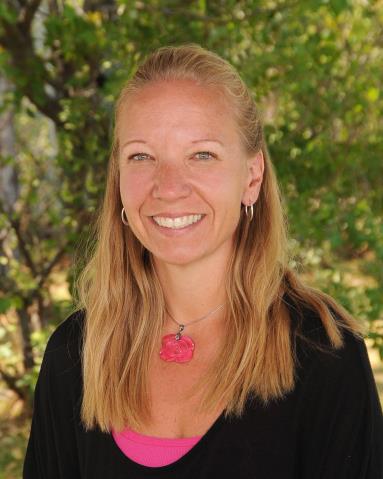 Krissy Commendatore grew up in San Jose, CA and attended Cal Poly in San Luis Obispo before she received a B.A. in Speech-Language Pathology and Audiology at San Jose State University in 1993. She then finished the required coursework for a Masters degree in Speech-Language Pathology from the school of Communication Disorders and Sciences at San Jose State in 1995, with added certification in Early Childhood Intervention. Krissy has been the speech-language pathologist at Glenshire Elementary School since February of 1997. She has also provided services for middle school students in the district at the former Sierra Mountain Middle School, Donner Trail Elementary, and Sierra Expeditionary Learning School.

Krissy moved to Truckee from Santa Clara where she worked as a speech-language pathologist at Santa Clara Valley Medical Center as part of a neuro-rehabilitation team, providing therapy to stroke, brain injury, and spinal cord injury patients. Krissy is married and has two children (twins), Jayden and Kassidy, who are currently in college. Krissy volunteers her time on the Board of Directors of InnerRhythms Performing Art Center and is on the Alumnae Advisory Committee for a Greek Life organization on the campus of the University of Nevada - Reno. She enjoys reading, music, dancing, and cycling.